Delkin SDXC BLACK Rugged UHS-II (V90) R300/W250 128GB - Delkin BLACK memory cards combine industrial strength & reliability with unparalleled speed, plus a quality guarantee like no other card. Sold only through authorized camera stores that are chosen for their commitment to customer service & knowledgeable staff, this exclusive media is the toughest, most reliable & trustworthy memory cards on the market.

Delkin BLACK memory cards are designed to be the strongest memory cards ever built, and are virtually unbreakable. BLACK SD cards utilize a solid molded design where the “brains” of the card are completely sealed inside and protected, making them 3 times stronger than a regular SD card and able to withstand over 45 pounds of force or impact. Unlike regular memory cards that use a standard plastic housing that is prone to breakage or damage during normal wear and tear and storage, BLACK memory cards take advantage of stronger materials to protect them from damage over the lifetime of the card.

Delkin BLACK SD cards are built with no write-protect switch or plastic ribs that run in between the contacts on the back in order to enhance reliability and ensure functionality. By removing the write-protect switch, the card will never go into read-only mode, which prevents the card from being written to. If the switch of an SD card accidentally breaks off (regardless if it was in the upward position prior to breaking), the files already written to the card can still be accessed and copied off the card, though new data cannot be written to the card. Broken or loose ribs will not affect the card’s functionality, but if they were to break off inside of the device being used (camera or memory card reader) the device could possibly get damaged. Delkin’s redesigned BLACK SD cards ensure a smoother, more trustworthy user experience.

Whether you’re shooting in the heat of the desert, the frigid temperatures of the arctic, or you just happen to leave your cards in the car on a hot day, rest assured that Delkin BLACK memory cards are rated to withstand extreme temperature variations. BLACK SD cards are rated for temperature ranges from -25°C to 85°C. 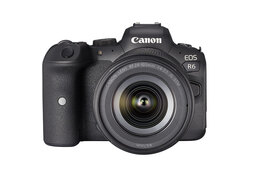